Marina Mora from the IMIBIC group GC09 participated in the activities of 22nd of September  organised at IMIBIC. The researchers and citizens worked around Type 2 Diabetes and the influence that diet and microbiota have on the evolution of the disease. The participants carried out a test to check their own adherence to the Mediterranean diet. They also worked with the food pyramid and classified foods according to the weekly recommended consumption. 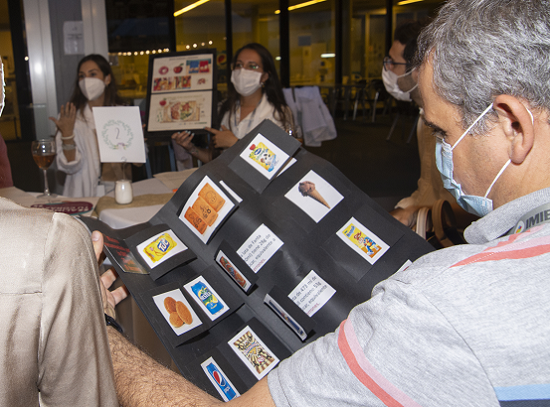 Another team, including Almudena Pino, from group GC09 had prepared activities for the Cardiovascular Disease Table. The participants learned about heart pathologies and the influence of diet on the evolution of the disease, such as atherosclerosis. They could check their own adherence to the Mediterranean diet and do a Bioelectrical Impedance Analysis (BIA) to estimate their body composition, in particular body fat and muscle mass. 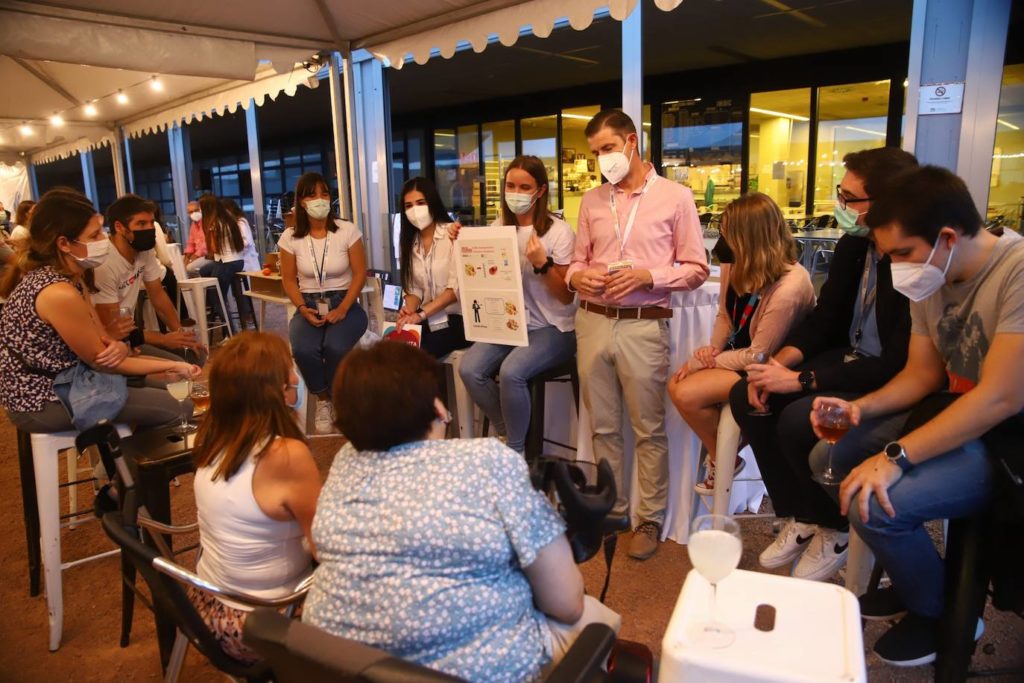 Several locations in the center of Cordoba became spaces for scientific discussion and dissemination through the program ‘Bocados de Ciencia’ (Bites of Science). On the evening of 23rd of September, Maribel Martínez took the floor at a local bar to talk about the importance of personalised medicine in cancer treatment and what DNA repair mechanisms have to do with it. 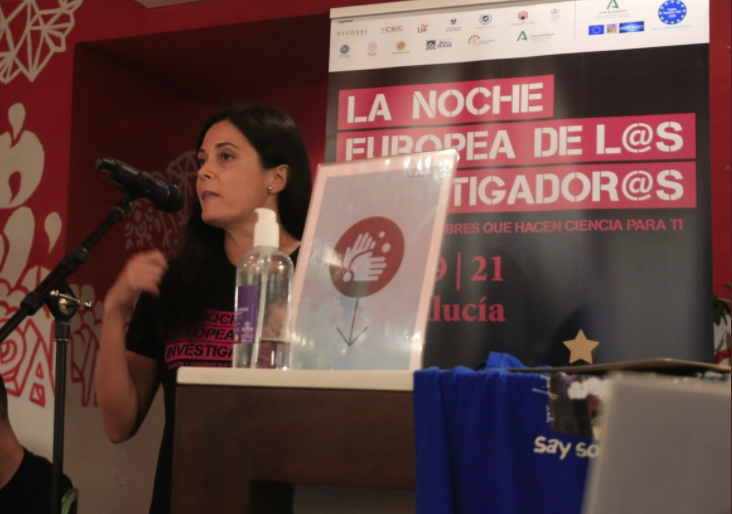 Learning with the cells

On 25th September, André Cabral and his team organised a morning session for kids who were excited to learn more about the scientists’ work in the laboratory. The audience got a chance to look at cells with a microscope and learn about obesity in an easy way. Later the same day, during the event ‘Patios of Science’, the researchers gathered for an unhurried conversation with a group of citizens. The meeting was titled ‘Hormones, messengers of the cells’ and its aim was to explain how hormones may affect the occurrence of diseases such as obesity, diabetes, or certain types of cancer. 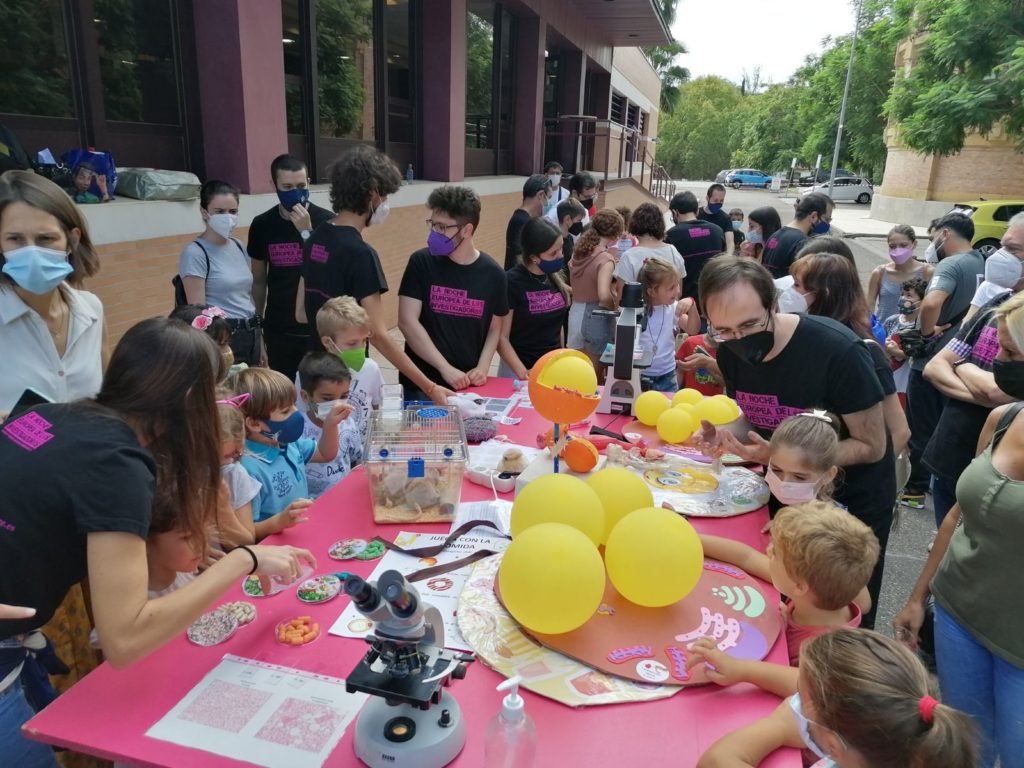 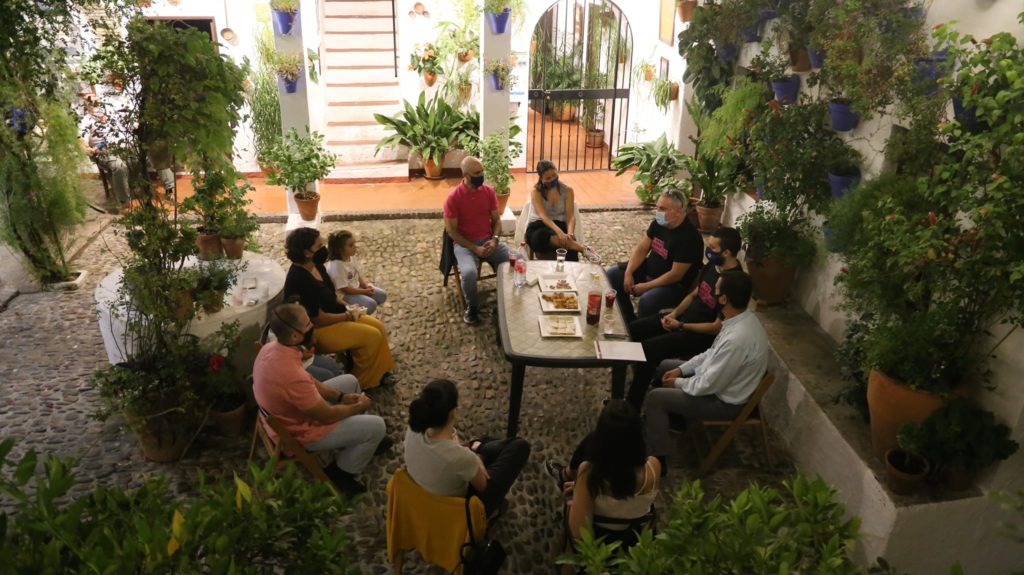